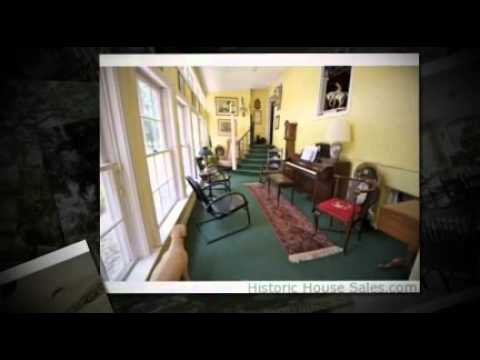 Facing south near Belmont Road, Bellmont Manor is located in a secluded five acre setting in Chesterfield County. Bellmont Manor is a home that has grown gradually over the centuries, giving a feeling of slow growth and of generation after generation living there and adapting the house to fit its needs. In the recent past, Bellmont Manor Bed and Breakfast was operated in the home for a twelve year period.

The earliest section of this one-and-a-half-story home appears to have been built as a one-room dwelling over a raised English basement presumably during the 18th century. (Chesterfield County Tax Records date the property as 1706 and the 1976 Historical Chesterfield County bicentennial map shows the property as being erected before 1740.) According to the current owner, a second addition was added on the west side around 1830, doubling the size of the house. In 1980, a detached house was built west of and behind the original structure, and in 1990, the two structures were connected by a new addition, greatly adding to the comfort and convenience of the home. Many of the original architectural features and materials remain exquisitely preserved both inside and out.
Exterior

The historic part of Bellmont Manor rests upon a stone and brick foundation, and features wood-frame construction. It was originally clad with weatherboard siding but was reclad with stucco presumably in the 1920s. The current siding dates from the same period as the 1990 addition, which has the same type of siding. A side-gable, standing-seam metal roof covers the original part of the building and is accentuated by two gabled dormers on both the north and south sides. The house still retains most of its six-over-six double-hung sash windows—an important character defining feature. The windows that were removed when the 1990 addition was attached to the west side have been saved. The front (south) side of the house originally featured two exterior entrances—one for each room. The presence of two front doors was a characteristic of vernacular domestic architecture in West Virginia but would have been unusual for a house in Chesterfield County. Even though these entrances have been enclosed, the original four-panel doors have been reused on the interior of the house. The 1980 addition was built as a passive solar house and was intended to resemble a barn.

The interior of the historic portion of the house features heart-pine floors and plaster walls and ceilings. Many of the historic H and L hinges also remain. The parlor on the east side is embellished by a Federal-style wood mantel featuring symmetrical, reeded jambs on either side of the fireplace opening. A chair board encircles the room. A small hall, or foyer, is located behind this room, to the north, and features an L-shaped staircase. The parlor on the west side comprises the 1830 addition and displays a similarly styled Federal mantel with deeply carved moldings. The original plainly detailed wainscotting encircles the room. The built-in china closet and doorway on the west wall are located in what were former window openings. The second story comprises two bedrooms and retains its historic finishes, woodwork, doors, and door hardware. The English basement features an original fireplace and painted stone and brick walls.